Summary: The Chicago punk band, in the wake of severe political unrest and global terror, bares its teeth with their eighth studio album, Wolves.

“Welcome to the Breakdown”

For nearly two decades Tim McIlrath and company have been belting out politically charged anthems and coupling melodic choruses with hard edged riffs in a desperate bid to help spread messages of equality and hope. Now in the wake of severe political discord and mounting violence the band returns with some of their most aggressive songs in years to address the boiling point that humanity now finds itself.

While Wolves may not break new ground for the politipunk band, as it is still laden with the same hallmark sounds they’ve had for over a decade, for their most hardcore of fans it does have a slightly different tone from their last several albums. Slightly.

The opening salvo of tracks here fire off with a more thunderous roar and a sharper edge than their last two albums, The Black Market and Endgame, with some of the meatier riffs and most clever lyrics of the track list. This isn’t to say this is Rise Againsts hardest album however, that honor would go to one of their earlier much more punk infused releases, but it does deliver more of the angst and fury that the band somewhat lost during the Obama administration. Its just a shame that it doesn’t go even further and harder. 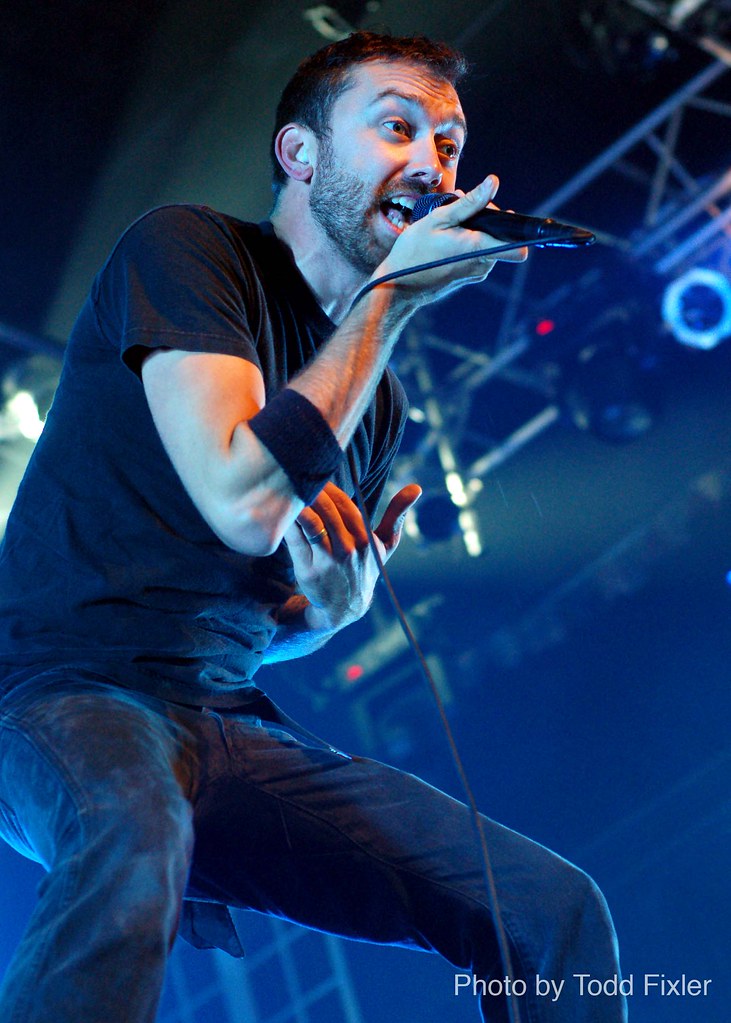 The fury that is here is of course targeted at those in power and the corporations in which they have their hands, much like the rest of the band’s catalogue, and much like their history there are also no explicit name drops as the lyrics are left open enough so that they can cover large swathes of the globe, even if one can clearly see the inspirations in which they stem. So while Trump and his administration are clearly to blame in several of these tracks they can still have impact and meaning years down the line or in other territories.

While some may find fault in this manner of delivery, seeing it as being too timid or mainstream, McIlrath instead sees it as a way of inclusion and as a means to tackle more than just one countries issues. “We’re not an American band, we’re a global one.” he states. “We have Trump, the U.K. has Brexit. This is a human problem.” And indeed the rising hate across the globe should be a concern for all and tracks such as the titular “Wolves” or “The Violence” with its chorus of questions “Are we not good enough? Are we not brave enough? Is the violence in our nature just the image of our maker?” tackle this issue head on by shining a light on the racism and misogyny that is becoming more and more prevalent in todays unstable culture.

However the band aren’t just throwing stones at those in power and their most ardent followers, as they also turn their attention to the complacent and the silent with the songs “Parts Per Million” and “Bullshit” which point fingers at those that choose to sit idly by while the rest of the world suffers. With Wolves the band are clearly stating that the current turmoil the world finds itself is due to everyone’s actions, even if that action was inaction, and nobody is safe from blame not even themselves.

Rounding out all of the political unrest are a select few tracks focusing more on the personal relationships one may find themselves during such trying times, as tracks “House on Fire” and “The Politics of Love” harmonize the difficulties and the regrets of our own failings. “I should’ve said something to you” Mcllrath croons “when I saw you walk away. Instead I did nothing and now you’re gone and it’s too late.” While I love the political leanings of Rise Against it is always surprising how their more introspective tracks are oftentimes some of their best kept secrets and while these two aren’t among their best, they do well enough to mix up the albums flow and sprinkle in some personal demons to oppose the literal ones.

At eleven songs Wolves is a short 40 minute romp but one that delivers a consistently solid set list that is sure to please any Rise Against fans out there. However this will offer little to entice the bands naysayers as it is ultimately more of the same and if you didn’t enjoy them before, you wont enjoy them now. With Wolves you know what you are getting and while I do yearn for the heavier raspier screams of McIlrath’s earlier days and the more varied instrumental stylings they used to employ, and wish they had gotten even angrier this go around, I am ultimately just glad to still have one of my favorite bands out there spreading words of warning and love and still singing for change.