News: The moment many fans of Overwatch have been waiting for has finally arrived with Blizzards reveal of the new playable Hero for Overwatch, Doomfist. An offensive Hero Doomfist uses his mighty gauntlet and brute strength to pummel the frontline.

Thoughts: Easily the most anticipated announcement for Overwatch since the Sombra ARG concluded has been the eventual reveal of Doomfist. Teased way back with the games initial animated short reveal of Overwatch, with his gauntlet being shown and used within a museum, Doomfist has been long requested by fans.

Thankfully today Blizzard finally peeled back the curtain and showed off the new villainous Hero and his mighty gauntlet. An Offensive Hero, Doomfist will excel at the front lines of any battle, helping lead the way for the Payload or leading an offensive attack to reclaim a control zone. His abilities lean on crowd control with a bruising uppercut and a wide area slam and stun. He also wields a basic shotgun blast from his left knuckles and has a passive that periodically shields him whenever he delivers damage, making him an imposing foe for any defensive team.

His attacks are listed below and he is live now on the PTR for PC players to fiddle with.

Alt fire: Rocket Punch
Hold to charge then release to launch forward and knock an enemy back. Damage increases if the enemy hits a wall

Shift: Rising Uppercut
Knock an enemy into the air.

Ultimate: Meteor Strike
Press to leap up into the air. Move the targeting circle, then press fire to strike the targeted area.

Every new Hero and map added to Overwatch increases the possibilities for new strategies and helps to increase the games longevity and Doomfist will surely be a nice boon to the games playerbase. What do you think of this reveal? Was it what you expected and was it worth the wait? Check out the screenshots of the new villain below and let us know in the comments your thoughts. 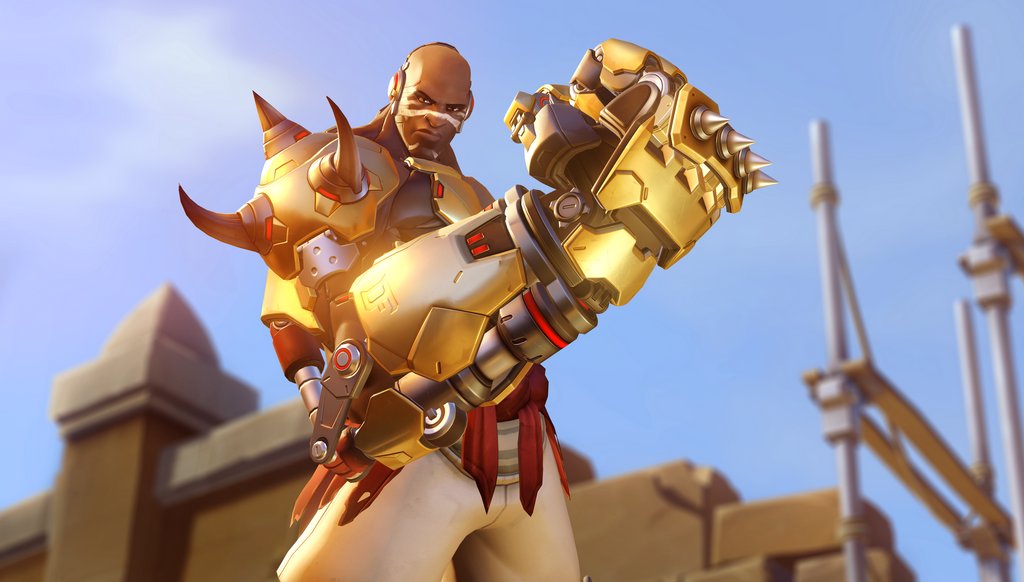 One thought on “Overwatch Doomfist Reveal”