News: Director Bryan Singer returns to the film franchise he helped put on the map with the upcoming X-Men Apocalypse, the conclusion of the X-Men First Class trilogy. James McAvoy and Michael Fassbender return alongside newcomers Oscar Isaac and Olivia Munn as Charles Xavier’s gifted students do battle with the worlds original mutant, Apocalypse.

Thoughts: I just don’t know about this one readers and that fact actually makes me quite upset. Its no mystery that the X-Men films have had a rocky history. From its brilliant highs such as Days of Future Past and X2 to its incredible lows with the films Wolverine Origins and X-Men United; you never quite know what you are going to get when heading into the theater to witness the next film in the mutant saga.

The trailers try to be epic in scope and present to you images and dialogue that are clearly supposed to have emotional weight, but unfortunately, none of it is resonating and some are even yawn inducing. Stars McAvoy and Fassbender have been the heart of this new series and have elevated the material with their fantastic performances and chemistry but now with an even larger ensemble and the spotlight being focused on the new mutant Apocalypse, actor Oscar Isaac in a role that is, quite literally, too large for him, i’m worried that this conclusion is going to be nothing more than another X-Men United travesty. 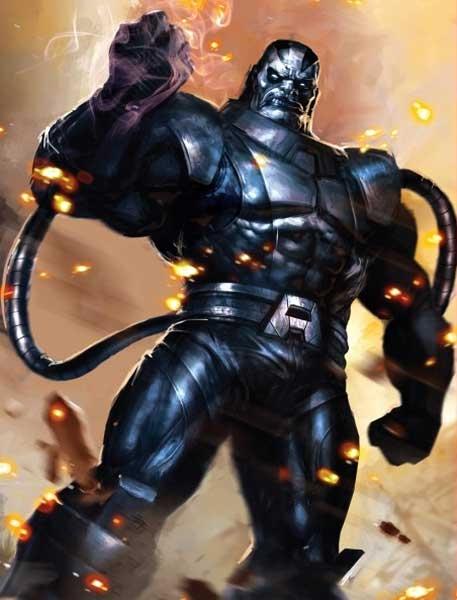 The titular villain still looks like a cousin of Ivan Ooze and comes off not intimidating but ridiculous. Apocalypse look is menacing and iconic in the comics and here it is just cheap and goofy. Oscar Isaac is simply too short and his build too average to be able to pull off this larger than life character and that is saying nothing of his voice, which still seems to change with every new trailer with neither iteration hitting the way that it should.

Why Singer and Fox didn’t opt to go for a CG interpretation of the character I will never know but if you simply must go with a real physical presence the character of Apocalypse requires someone as large and formidable as you can get. The massive size of the first mutant requires someone as large as bodybuilder Hafthór Júlíus Björnsson, better known as The Mountain in HBO’s Game of Thrones or even professional wrestler Brock Lesnar. The voice work could be provided later with someone that can bring the proper menace and acting chops to the role.

While the trailers and stills have only managed to provide me with skepticism I will still be stepping into the theater at some point to witness the next entry in the X-Men franchise, its just going to be with low expectations and hopes that the story is still centered on Erik and Charles relationship rather than bombastic fights and a villain that looks set to disappoint.