News: After the success of NetherRealm Studio’s first season pass for Mortal Kombat X, titled Kombat Pack, the team is back with another to keep MK fans happy. Kombat Pack 2 will include Leatherface, Triborg, Bo’ Rai Cho and the Alien. Below is the first gameplay trailer showcasing the new kombatants.

Thoughts: While half the new fighters aren’t exactly what I would like for a Mortal Kombat game, it is nice to see that Mortal Kombat X is still being supported.

NetherRealm Studios could have easily abandoned MKX after the first Kombat Pack and begun work (or continued work) on the next Injustice title (its coming people) and left Mortal Kombat fans to wait another several long years until the next sequel in the series. But while new fighters is always welcome, Leatherface and Alien? Really? The Xenomorph from the Alien franchise is easily one of the greatest in Hollywood creations but does it deserve to be a spot on the MK roster? At least this iteration of the creature is spawned from a Tarkatan, the race that Baraka belongs to, allowing the Alien to fill the void that Baraka left, arm swords included.

The big sore spot in this DLC however is easily Leatherface. I do not know anybody that is that big a fan of this horror “icon” and with today’s youth most probably haven’t even seen The Texas Chainsaw Massacre. Leatherface simply doesn’t have the pedigree that previous horror DLC additions Jason Voorhees and Freddy Krueger have. To top it off the character is also rather boring in both appearance and style. A slow lumbering antagonist that carries a chainsaw isn’t exactly tapping the creative well. 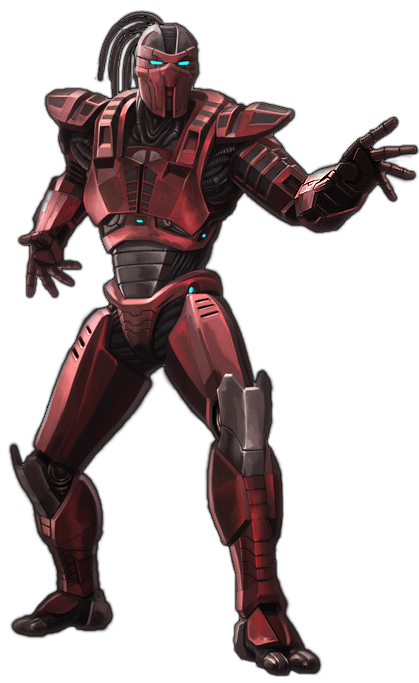 Luckily for Mortal Kombat fans Kombat Pack 2 brings with it both Triborg and Bo’ Rai Cho.

Bo’ Rai Cho made his Mortal Kombat debut in Deadly Alliance and also appears throughout the story mode of Mortal Kombat X. A teacher of martial arts, Bo’ Rai Cho has aided many of the core series fighters and although the character himself is flawed, oftentimes being under the influence and actively using a vomit maneuver in combat, he is still a fan favorite among some. While Bo’ Rai Cho isn’t up there with the greatest of Mortal Kombat kombatants, he is at least a veteran of the series and one that NetherRealm can now take the time and focus on and make good on past mistakes.

We now get to what is easily the fan favorite addition in Kombat Pack 2, the new cyborg, Triborg. Mortal Kombat fans everywhere lamented the fact that MKX did not include one Cyborg within its roster, with MK favorites Cyrax and Sektor absent. Kombat Pack 2 will remedy this issue by not only adding a new Cyborg to the series lore but by making this new creation a shell for the series previous three. Triborg is, at its core, a new body for all three previous cyborgs: Sektor, Cyrax and Smoke. This allows him to use all of the past characters abilities, probably chosen as a fighting style before a round, and essentially allows the developers to add three new fighters and only take up the slot of one.

While originality certainly isn’t a word I would use to describe Kombat Pack 2, the additions of Bo’ Rai Cho and Triborg will at least give Mortal Kombat fans something from the past and Cyborg lovers will now be receiving three of their favorites from the series history. As for the two horror icons, Alien is always a badass looking creature and the Baraka moveset will certainly prove a favorite among longstanding fans but Leatherface comes off as one of the worst choices the developers could have made and also as a lazy one.

With Kombat Packs 1&2 Mortal Kombat X has now seen eight new characters be made available for the game and exactly half of them are from horror films. The guest character trend is a bad one and hopefully the folks at NetherRealm Studio’s realize this before their next game release. Fans would like to see classic characters be given a makeover or be given a brand new creation that can be added alongside the series classic fighters. Also, why no new stages?