News: Lucasfilm and Disney resurrect the beloved Star Wars franchise ten years after Star Wars Episode 3: Revenge of the Sith concluded the prequel story. With returning favorites Han Solo and Princess Leia teaming up with newcomers Finn and Rey, Star Wars: The Force Awakens looks set to break all kinds of records and bring in even more fans to the longstanding series this Christmas.

Thoughts: You’ve watched it. Probably multiple times. People not interested in football tuned in to Monday Night Football last night just to see it. Forget about the Giants getting stomped by the Philadelphia Eagles, it was all about those famous Star Wars. Even I watched it when I had told myself earlier in the day I didn’t want anything to do with it, not because i’m not interested, of course I am, but because I wanted to be surprised when I walk into that theater this December. But alas, the pull of the Dark Side was too much.

The trailer is good.
I’m not someone that jumps with joy and gets giddy with uncontrollable excitement like many, even though I sometimes wish I were, but it was still a well put together trailer. It manages to be exciting and epic without giving away any more of the story. Trailers that refuse to show off the entire film are great trailers in my opinion. Remember how Age of Ultron had numerous tv spots that showcased practically the entirety of the movie? It ruins the experience. But luckily Disney is handling the marketing of this one right. Keep things shrouded in mystery while showing just enough to get your fans pumped. 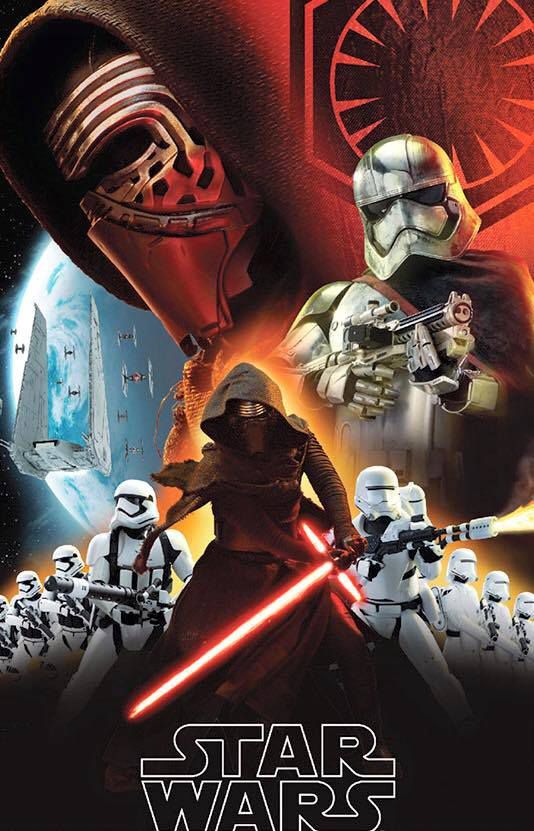 Perhaps the biggest surprise is that of the absence of Mark Hamill’s Luke Skywalker. I was sure that our first glimpse of the iconic hero would be at the very end of this latest trailer, much like Han and Chewie had the defining shot of the last. Seeing the classic Jedi return would have made those fans that jump with joy and get giddy with excitement finally explode. But it was not to be. Nice to see that J.J. Abrams and company are still keeping a few cards close to their chest this late in the marketing push.

With presale tickets becoming available yesterday afternoon and many sites being taken down from the demand I made sure to grab my tickets last night from my local theater before the trailer premiered. After its showing at halftime I checked the times available again and it had more than doubled in sold out showings within thirty minutes. If you are excited for the latest in the Star Wars saga I suggest grabbing some tickets early as it would be very surprising come release if anyone is able to just walk up to the ticket counter and get in.