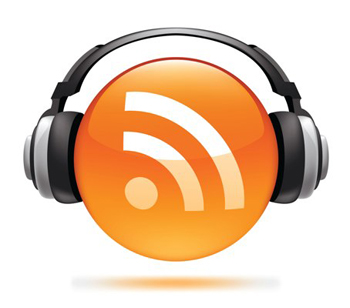 Back when I worked at Target, each and every day, for eight, nine, ten hours a shift; I would listen to podcasts. From the Bombcast, to Gamescoop, Gamespy Debriefings, Podcast Beyond, Xbox Unlocked, TalkRadar, Comedy Button, 4Player Podcast, Best Damn Nerd Show, Destructoid, Rebel FM and more; Podcasts were my life at Target while working in the backroom.

Through hundreds and hundreds of hours these people that were sharing their time and lives with me brought me countless joy and laughs. These shows allowed me to work through tough times in my life, stressful situations at my job, and made me constantly laugh out loud while wandering about; oftentimes earning strange looks from others around.

The best podcasters out there are funny, genuine, and always entertaining. They make you feel like you’re an actual friend of theirs, just sitting back and relaxing with old pals talking the shit. At the top of the list were the crew at Giant Bomb. From Ryan, Jeff, Brad, Vinny, Patrick and the rest, their back and forth was just always thrilling and exciting. Whether they were talking about the latest games or about a simple thermostat, they somehow always made me smile.

With the news of Ryan Davis passing away last week finally getting out, well, it is truly upsetting to me, for he was an actual friend of mine, even though I never once met him and he never once knew I existed.

Over the past several years, over the thousands of hours I have lived, a vast majority of them have been with headphones in place and podcasts being streamed or videos being watched. Family has never been that important to me as I have never had much of a relationship with my own, besides my one sibling Chris who I truly love. So friends have always been the most important element in my life. My friends are my family. From some of my closest back home in Florida to now in Colorado, I have always tried to be as kind, honest, strong, and supportive for those I consider my kin.

These days however I do not have many I can consider within that circle in Colorado, besides my buddy Randy and a few acquaintances I have been mostly alone since my last relationship fell apart. Those that were there to help me through the tough times were the dozens of voices coming through my iPhone.

Whether it was Greg Miller’s distinct laugh, Ryan’s signature hello, or TalkRadar’s idiotic fake commercials, these folks have spent a tremendous amount of time entertaining me and picking me up when I would have rather laid down. For that, I am truly thankful and it is because of that that Ryan’s passing is genuinely depressing to me, even though I never once met the man.

When you listen to a podcast that is three hours long each and every week for years, you truly feel as if they are friends. Last year when IGN’s Greg Miller was diagnosed with cancer I was genuinely concerned for his well being and I couldn’t imagine an IGN podcast or Up at Noon show without the man. That goes double for Giant Bomb, one of my favorite sites, without Ryan Davis.

I love the games industry and when I listen to the groups within it joke back and forth, when I watch the video’s of them having a blast while also providing intelligent knowledge about the industries past and future, I just long to one day be a part of that world, a part of that culture. In my fantasy dream world, CA!’s future is similar to that of Giant Bomb. A tight knit community of passionate people that can joke and have fun and be open with one another, but also provide insightful and honest opinions about something they are passionate about. Now that future will never come about, but if it were to happen, then it would be because of the folks that I look up to within the industry itself, the crews at Giant Bomb, IGN, GamesRadar, 4PP and the like.

Podcasts, videos, and the written articles spread across the interwebs are often times overlooked in regards to how much time and energy goes into them. And thinking about just how many times I have genuinely laughed until I cried…I am very thankful for those moments and for those fine folks who provided them, so much so, that when something bad happens to them, I am hurt myself.

Each week I now record our own shoddy Podcast for the internet, and while it is nowhere near the quality of the aforementioned shows, I am also truly grateful for my co-hosts and for those who have come aboard as guests. I am thankful for them taking the time and energy out of their day to share with me and I am thankful for the joy they have brought. Sitting down and just talking with Randy and Gene for at least once a week amongst my extremely busy and rather antisocial life…it means a lot to me. As does the fact that some people take the time to visit the site once in awhile. Thank you internets, you can be pretty cool…when you’re not all bitching. –Chuck