The Big Games Of 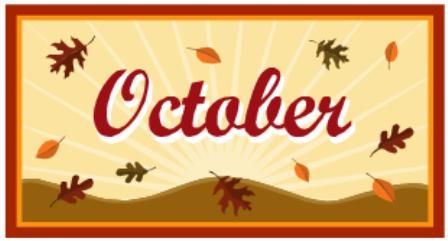 With the end of the year fast approaching and the holidays being right around the corner every gamer knows that this is the scariest time of the year, not because of Halloween, but because so many games so little cash and time. The month of horror films and kids running around begging for candy brings with it the first big batch of holiday releases. This month see’s the release of a couple huge blockbuster’s as well as several titles that may not have been on people’s radar’s but are scoring big with critics.  October brings with it a diverse list that has something for everyone.

The latest entry in the popular horror franchise is also its most controversial; fans are either happily loving it, or are sadly hating it.  Giant Bomb’s review states “Resident Evil 6 may be the most lavishly produced bad game in history.” giving it a 2/5.  It fared better over at IGN earning a 7.9 and saying “When this game is at its height, it sets new standards for the series in every way. Unfortunately, there are no shortage of lows either, taking what could have been an excellent experience and making it something considerably lesser.”

The yearly cycle of sports games continues with the release of the king of the court NBA 2K13. This time touting Jay Z and a longer more in depth career mode the title continues its reign of excellence. Gametrailers gave it a 9.1 “While the shift towards having more control on offense has left the defensive game a bit out of step, NBA 2K13 is still highly entertaining overall, offering enough changes to keep players interested in starting another career, season, player, or franchise.”

Firaxis Games brings back the celebrated hardcore classic series XCOM for a new generation. A tactical turn based shooter, XCOM relies upon patience and out thinking your opponent, while also managing your resources and base building skill. The Guardian wrote “For those players who can exercise a little patience and restraint, it’s quite simply one of the best games you’ll play all year.” and handing out a perfect 100 in the process.

With some of the minds behind Deus Ex and Thief, Dishonored was destined to give stealth action games a much needed kick in the ass. Playing as a supernatural assassin you stalk through the city using both mystical powers and gadgets to take out your target. Polygon said “Dishonored succeeds as an ambitious game not content to take one thing and do it well. It demands more than most games ever will of its player, and gives more to players than most other games will ever manage.” scoring it a solid 9/10.

Telltales The Walking Dead series has been a huge surprise. Mixing great writing and character choice with a perfect suspenseful tone has crafted a game worthy of Game of the Year talks. While Episode 4 is still a fantastic chapter in the saga, IGN thinks it doesn’t quite match up to previous episodes. “Episode 4 keeps the narrative going and makes the wait for the finale unbearable, but it’s lacking in epic moments.” 7.5/10

EA will try again to budge into the market that Call of Duty holds so tightly releasing the sequel to 2010’s Medal of Honor. Gamespot has hopes it will turn out to be a competent shooter. “What we saw of Medal of Honor: Warfighter certainly doesn’t break the mold of the military shooter, but some of the developer’s aims look to be fairly lofty”

The current racing champion returns, but this time it brings with it a new bag of tricks. Featuring a new open world structure set in Colorado and shifting just slightly from its hardcore tuner roots, Forza Horizon hopes to grab some of the lesser car hounds and bring them into the fold. Gamesradar thinks “It’s got its bumpy patches, but if you’re interested in playing a long, deep, and rewarding racer, Forza Horizon is a game worth putting in the mileage on.” granting it a 4/5

One of the best and most overlooked games on the original PS2 is returning with a shiny and exciting coat of High Definition paint. You play as the sun god Amaterasu, who traverses the world as a large white wolf. You have the ability to paint and bring to life items into the world as you complete a lengthy quest to stop the threat of a dark evil. The original was critically acclaimed but failed to move many units from store shelves. Now being a digital release on PSN everyone should look to enjoy it. IGN thinks “If you have never played Okami before, you are in for an amazingly beautiful and awe-inspiringly epic adventure that simply must not be missed”

The Need for Speed series was given a huge boost when Criterion Games took over for Hot Pursuit. Since then they have been crafting another stellar entry into the series with Most Wanted. A spiritual successor to Criterion’s own Burnout Paradise, Most Wanted is set to deliver one of the best open world racing games ever. Everything you do in the world is tracked and compared to friends so you always have something to work towards. The spectacular crashes return from Paradise as do the intense cop pursuits from previous Need for Speed games. Game Informer see’s a future hit as they say “Criterion’s Need for Speed: Most Wanted is filled with improvements over past installments, such as the ability to access every car from the start, and fluid open-world gameplay that Burnout: Paradise City veterans will find familiar.”

One the biggest releases of the year will finally be upon us as the newest entry in the Assassins Creed saga releases at the end of the month. Set during the American Revolution players will control a new hero, Connor Kenway. Using new tools such as a bow and hatchet players will battle on both sides of the war as well as hunt and skin animals for coin and navigate the ocean with new naval battles. Assassins Creed 3 is poised to be the largest and best entry in the series yet and Destructoid agrees stating “The controls are far better, combat is vicious, the visuals will halt you in your tracks to appreciate the details, and the setting is something really cool to experience in an interactive way. You don’t want to miss this one. “

October see’s many other releases as well of course. WWE 13, Skylanders Giants, Professor Layton as well as others. But this list is definitely the cream of the crop, the titles that deserve the most attention in a busy time where one can be buried instantly among the onslaught of another release. Make sure you don’t miss out on a great adventure during the month of October.